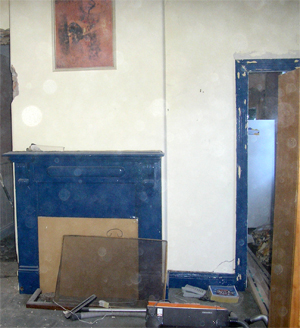 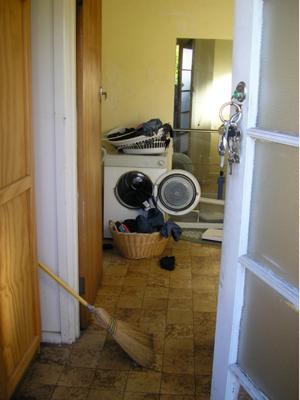 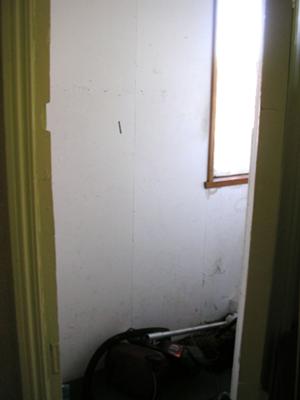 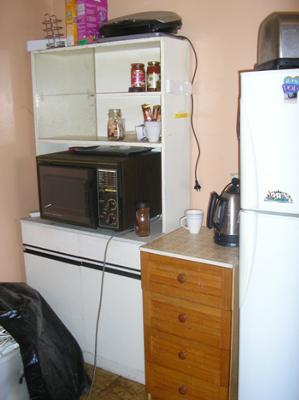 With the builders starting in two weeks, it was time to turn the "scratch on the back of the envelope" plans into some accurate floor plans, and make some design decisions.

1. When the house was built, there were three main rooms – the front room, which had a beautiful 4-panel solid door opening off a tiny veranda.


2. The front room opened directly into the second room, which had a small arched fireplace.


3. This room opened directly onto the third room, which a had a larger, square fireplace.


4. There would have been a lean-to kitchen somewhere out the back, and then there was evidence of an outside toilet way down the back yard.


5. About 40 years ago an extension had been added with kitchen, laundry/bathroom and toilet ... very poorly designed and completely closing off the house from the back yard.

The front room is used for a bedroom, and so is the second room – but these two bedrooms were adjacent to each other ... access to the front bedroom was through the second bedroom … NOT very convenient!!!!!


So I spent hours working on alternative floor plans for the whole house, before eventually deciding to shave off some of the second bedroom to create a passage from the living room direct to the front bedroom. While obviously reducing the size of the second room, this was the largest room in the house, so it could best handle the reduction in size.

Design problem 2: Letting In The Light

The house has a NE-SW orientation, with the conjoined cottage on the NW length of the house; this means that it is well lit in the side of the house in the morning, the back of the house in the middle of the day, and then loses the sun in the early afternoon ... which is okay in summer, but going to be cool in winter – note to self: check the insulation!

The house has a gloomy feel to it, so my idea is to put a skylight in every room to increase the light ... good idea actually, but watch for the surprising alternative later on!

Design problem 3
What to do with the kitchen/bathroom/laundry?
And ... how to open out the house to the back yard?

Design problem 4
What to do with the old enclosed veranda?

This is a tiny space, not really usable for anything, and in really bad condition, with two awkwardly placed windows ... what on earth would I do with it?

I considered the appealing possibility of removing the structure and returning the pretty little veranda that a one of the cottages in the set still had.
But it's not a sunny space, and storage is at a premium in this tiny house, so after much consideration and hoping for inspiration, I finally decided to reline it and see what use it eventually adopted for itself!

So these were The Plans the builders and I agreed on – lets just call them the Stage 1 Plans, shall we???

Over to the builders ...


Renate's comment: Whoa, the plot thickens ... and you're right, it can only get better from here ;-)